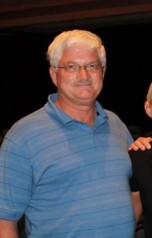 Terry Eugene Nance, 65, of Orange Park, FL passed away Tuesday, January 10, 2023.  He was born in Evansville, IN to the late Millard and Mildred Nance.  Terry moved to the Clay County area in the late 70s and made it his home.  He proudly served his country for 20 years in the United States Navy.  He then worked as a government contractor and as a civil servant at NASJAX, where he retired.  Terry loved woodworking and could make anything asked of him.  He was a big fan of the Jacksonville Jaguars and the Florida Gators.  Terry’s greatest passion was being “Papa” to his two granddaughters.