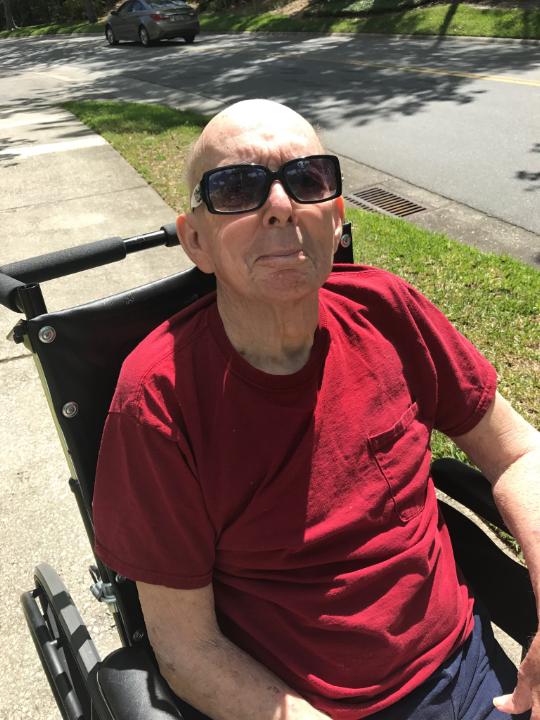 Garry C. Martin, U.S. Navy and Vietnam veteran passed away peacefully on May 17th with his son’s Garry and Christopher by his side at the Community Hospice of St. Vincent’s Riverside.  He was born in a small farmhouse in Geneva County, Alabama on September 8th, 1947.   After graduating from Kinston High School he enlisted in the Navy on July 21st 1966 and did two tours of Vietnam.  He served proudly aboard the U.S.S Kitty Hawk as a member of RVAH 11 in the Tonkin Gulf with multiple in-country detachments, attaining the rank of Petty Officer Second Class as an Aviation Electrician (AE).  Awards and citations include the Presidential Unit Citation, National Defense Medal, Vietnam Service Medal and the Vietnam Campaign Medal.

Some of his joys of life included boating, off-shore fishing, SCUBA diving, hunting, family Bar-B-Q’s and fish fry’s as well as watching football on Sundays at the Scoreboard.  Over the years as a telecommunications expert, he traveled across the country including spending a year in Saudi Arabia performing his trade.  While being a servant to the community he worked and retired from JEA as the senior communications consultant and was always there when a friend or a stranger needed a helping hand.

He was preceded in death by his parents, the late Clifton Martin and Carolyn Whigham and his brother Philip Martin. He is survived by his three sisters: Gwenelle Titus, Sandra Cantu, Debra Simmons, one brother: Gregory Simmons, two sons: Garry and Christopher, six grandchildren: Elizabeth, Tiffany, Alex, Dominique, Chris, Eliza and one great grandchild: Maverick.

Heaven has a new angel, he will be sorely missed, may he Rest in Peace.  The family wishes to thank the Community Hospice at St.Vincent’s for their care and compassion.  He will be interred at Jacksonville National Cemetery at a later date.