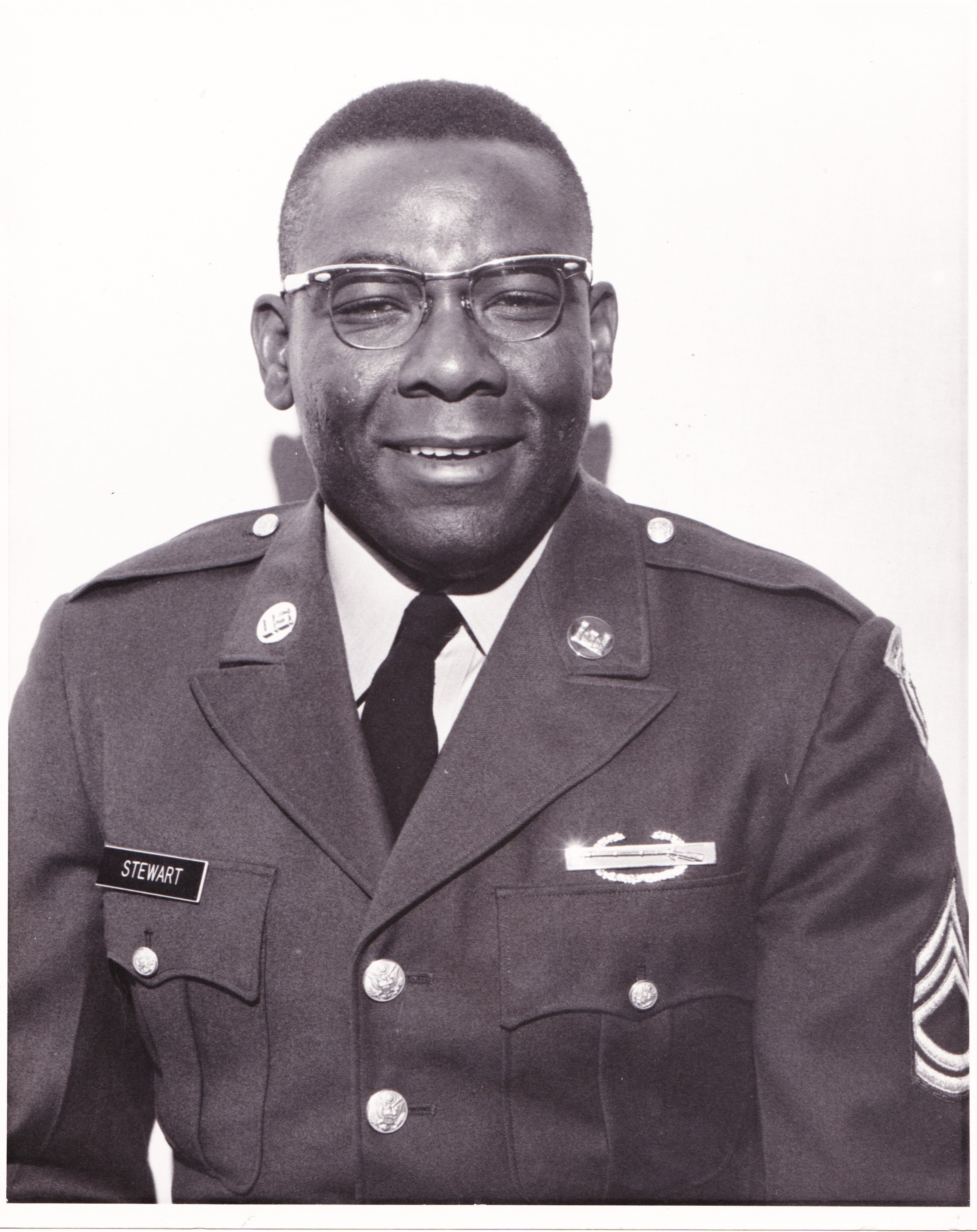 After 93 years, three months and nine days, Damon Henry Stewart began his eternal rest in the arms of Jesus early Sunday Morning, August 23, 2020. Damon was born in Palaka, Florida to parents Ollie Mae and James Stewart, Sr. on May 14, 1927.

Damon began his education in Jacksonville, Florida and completed his Bachelor’s Degree at Evergreen State College in Olympia, Washington. At the age of 18, he was drafted into the United States Army at Camp Blanding, Florida February 3, 1945.He subsequently spent the next 22 years throughout the states and in several foreign countries in honorable service to our country. During this time, he received numerous awards, recognitions and commendations for his honorable service. Travelling the entire world, he gained valuable lifelong experiences that he was able to share with others, especially young people. Upon his Honorable Discharge, Damon retired at Fort Lewis (Tacoma), Washington and immediately began a second Civil Service career teaching and counselling. In his spare time, he enjoyed his favorite hobbies…roller skating, playing the piano, singing and listening to the Blues. He also enjoyed fishing and hunting. Through it all, Damon showed a special kind of love, caring and helpfulness toward others in their times of need. He often seemed quiet but in reality, these were the times he was engaged in great and deep thinking. Upon his final retirement, he relocated back to Florida for the next 23 years (until his death), where he quickly became involved in his community of Middleburg. He became a faithful member of the First Baptist Church of Middleburg where he was invited to become a member of the Church’s Prison Ministry Program and the Life Family Group (Sunday School) until he became ill.

Damon leaves to mourn his passing, his wife, the love of his life for 43 years, Rindetta Stewart. His memories will also be cherished by one sister, Mrs. Emma Simmons (Isaac) of Jacksonville, Florida; two brothers, Milton Stewart (Jeanne) of Flat Rock, North Carolina, and Eddie Lee Stewart of Shaker Heights, Ohio; one loving Sister-in-Law, Ester B. Huey of Yakima, Washington; two sons, Donald Alvin Stewart, Sr. (Mercedes) of Camden, New Jersey, and Herbert A. Jones, Jr. (Mitzi) of Jacksonville Florida; one daughter Sabrina Louise Dade of Tacoma, Washington; several grand and great grandchildren, and a host of nieces, nephews and other extended family members, as well as many cherished friends. He was preceded in death by his loving parents; one brother Jack Stewart; two sisters-in-law, Lorraine and Constance Stewart and one son-in-law LeFont Dade.