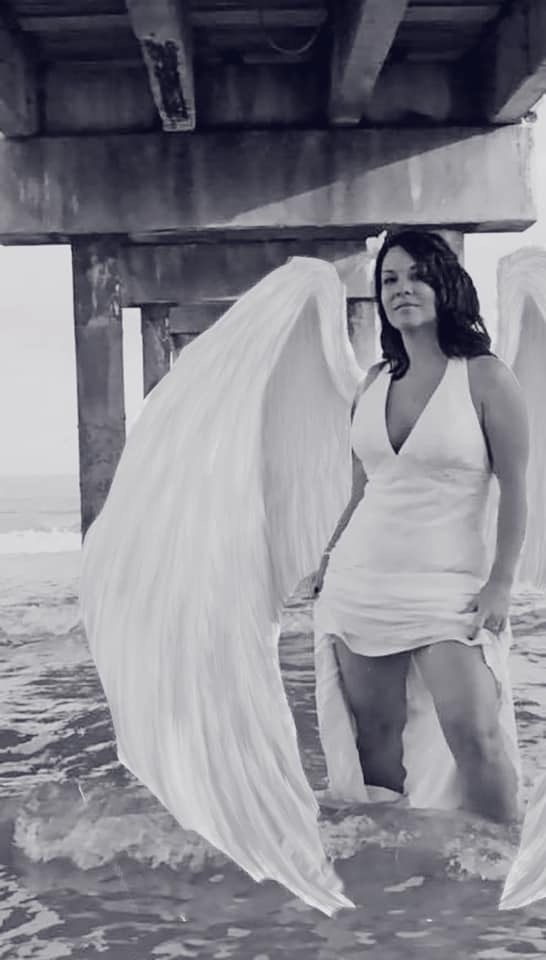 April Marie Eden-Gross, 38, passed away peacefully on Saturday, February 29, 2020 at her home in Lake Asbury surrounded by her friends and family.  During her four year battle with colon cancer, April was an inspiration to others through her courage and dignity.  April was born on April 8, 1981 in Ft. Pierce, Florida and Jeffrey and Anna Eden.  As part of a military family, April lived in Agana, Guam; Ridgecrest, California; Dublin, Pennsylvania; and Ewa Beach, Hawaii before settling in the Lake Asbury area.

She lived life to the fullest through simple pleasures.  She loved the beach, concerts and fellowship with family and friends.  She had a free spirit and a gift of not worrying about the small stuff.  When April was diagnosed with cancer, the true excellence of her character was revealed as she never complained.  She shunned any extra attention and remained instead concerned about everyone else.

Family, friends, and others whose loves were touched by April’s life are encouraged to attend her memorial service Friday, March 6, 2020 at 4pm.  Visitation with the family will be held one hour prior at 3pm.  Services will be held at Crosspointe Church, 1871 CR 220, Fleming Island, FL 32003.  In honor of April’s wishes, attire is Hawaiian themed or 80s hair band.  In lieu of flowers, the family requests donations are made in her memory to her team, Surrender the Booty, for the March to Get Screened: https://charity.gofundme.com/surrender-the-booty.

Arrangements are under the care of Russell Haven of Rest Cemetery, Funeral Home and Cremation Center, 2335 Sandridge Road, Green Cove Springs, FL 32043.  Family and friends may share their condolences at: www.RHRFH.com  904-284-7720